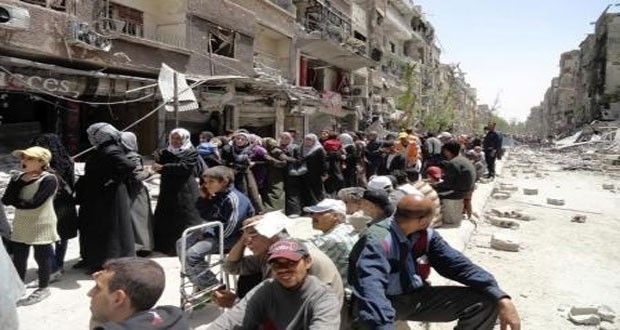 Member of the Palestine Liberation Organization (PLO) delegation to Syria Taysser Abu Bakir has revealed that a senior Palestinian delegation will meet with the Syrian government in Damascus on Monday to discuss the situation inside Syria’s Palestinian camps, notably Yarmouk refugee camp.

Earlier last month, the Nusra Front – an organization with backing and financing from Turkish, Qatari and Saudi regimes – facilitated the entry of hundreds of ISIS terrorists into Yarmouk camp to undermine efforts by the Syrian government to avoid involving Palestinians in recent sectarian conflicts inside the country.

The delegation will discuss the required means of neutralizing tensions in the camps to avoid dragging the Palestinian community into the Syrian crisis. Palestinians are considered guests in Syria until they achieve their legitimate national rights, and their right to return to the Palestinian territories, Abu Bakir said in a statement on Saturday.

Abu Bakir added that Head of the PLO Department for Refugee Affairs Zakaria al-Agha would head the delegation.

He said that the delegation will also discuss means of expelling terrorist organizations such as ISIS and Nusra from the Yarmouk camp, in order to restore security to enable the return of its Palestinian and Syrian residents.