Educational activities in Aleppo to be halted in order to protect students, as hardline Alawite activists called for the murder of Sunni children, labelling them 'potential enemies' 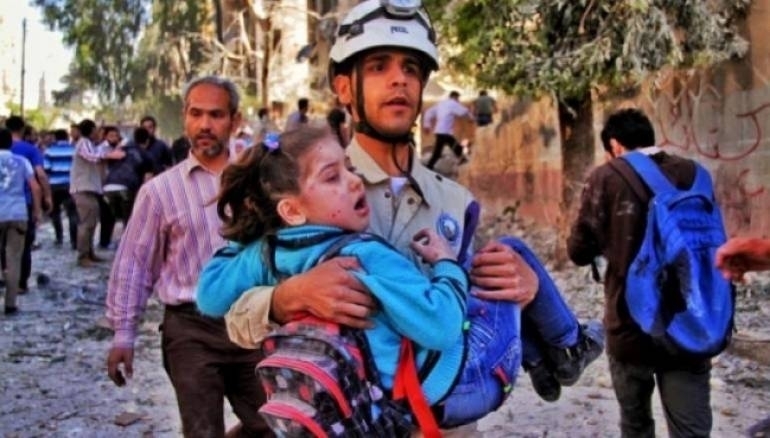 Syrian regime air strikes on a school in rebel-held Aleppo have killed at least 10 people, including five pupils, in the second assault on an Aleppo schools in 10 days, activists said.

The Educational Center in the neighborhood of Seif al-Dawla was struck with two barrel bombs on Sunday morning. Most of the victims were teachers and pupils.

Regime helicopters also dropped barrel bombs on a school in the neighborhood of al-Ansari a little over a week ago, killing 10 children.

The head of the education directorate in rebel-held Aleppo said all educational activities are to be halted in order to 'save children's souls', al Jazeera reported.

Hardline Alawite activists placed calls via social media to kill Sunni children because 'they are a potential enemy'.

The death toll from barrel bomb attacks in Aleppo reached 225 people in April, according to the Syrian Institute of Justice.

The regime’s air force continued their fiercest aerial campaign in months on rebel-held Aleppo and Idleb in response to the remarkable advances achieved by an alliance of Islamist factions calling itself 'Fatah Army', in reference to the conquests that spread Islam throughout the Middle East in the 7th Century.