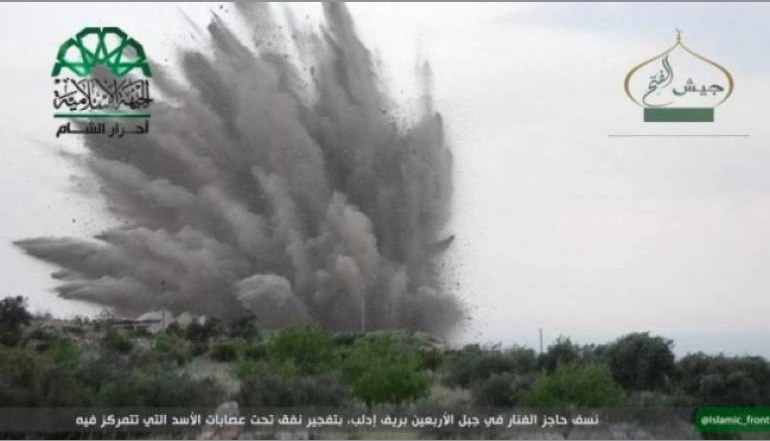 The Fatah Army has taken control of a strategic military post near the town of Ariha in Idleb on Tuesday, leaving heavy losses among regime forces, rebel news feeds claimed.

The alliance of Islamist groups, which includes the Nusra Front, seized control of al-Fanar military post and its surrounding checkpoints in Arbaeen Mount after an explosion hit the base.

The Fatah Army, a reference to the conquests that spread Islam across the Middle East from the 7th century, has seized swathes of territory in northern Syria since March 2014, including the city of Idleb and Jisr al-Shughour.

On another battlefront, the Fatah Amy took control of three checkpoints in the town of Museibeen near al-Mastouma camp, President Bashar al-Assad's main stronghold in Idleb province, activists said.