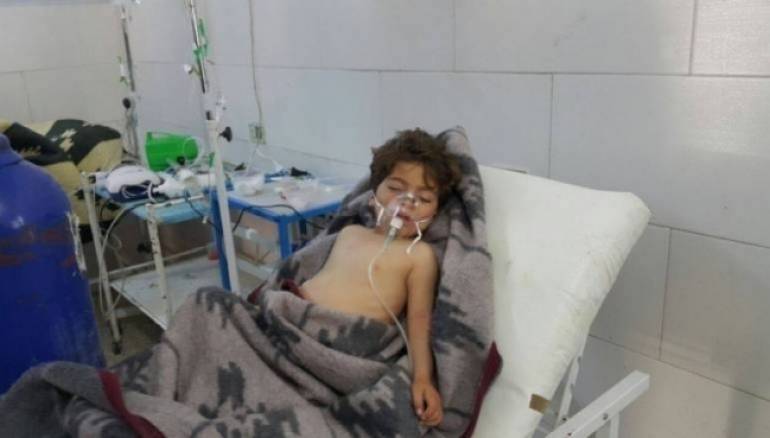 Another chlorine attack took place in the northwestern province of Idleb on Friday, according to the Syrian Network for Human Rights (SNHR), killing two children and leaving 20 people wounded.

The monitoring group reported the two children were killed in Mishmishan village near the captured town of Jisr al-Shughour.

The chlorine attacks comes amid significant gains made in northern Syria by the Fatah Army, an alliance of Islamist groups that seized Idleb, the strategic town of Jisr al-Shughour and a regime military base.

SNHR also reported the death of a child and three women in the regime’s aerial bombardment on the village of Loof in Idleb’s countryside.