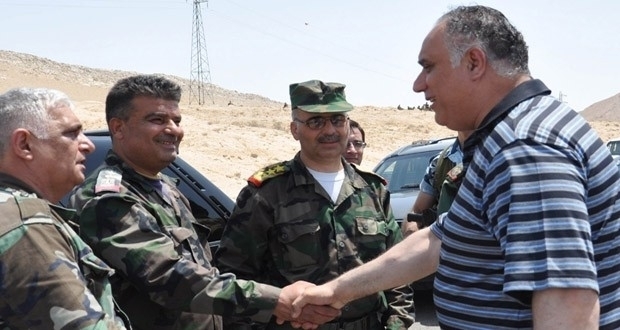 Barazi announced the army and armed forces succeeded in protecting Palmyra and its archeological sites from ISIS terrorists, asserting that the governorate and authorities in Palmyra are working hard to assist displaced citizens from the village of al-Ameriye.

The governor saluted the people of Palmyra who stood alongside the army to defend their city from terrorism.

The governor asserted that Palmyra’s archeological sites are safe and that the road connecting the cities of Homs and Palmyra is secure.