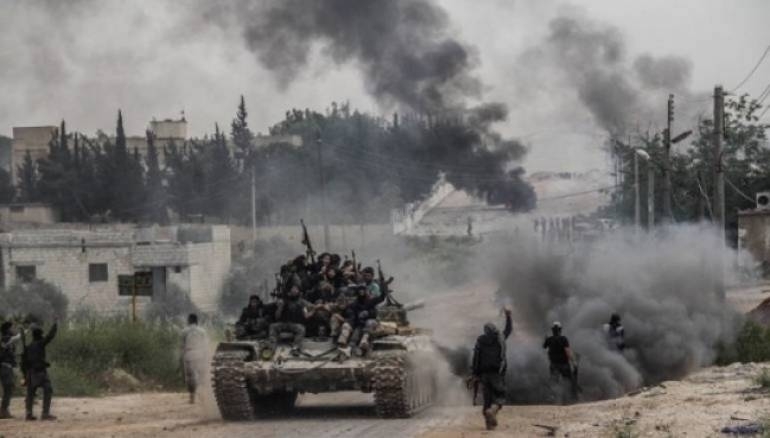 The Fatah Army watches over Bashar al-Assad's last stronghold in Idleb province as it amasses troops to capture the mountainous town of Ariha, a day after the takeover of al-Mastouma camp.

Ariha has witnessed fierce clashes for the past three weeks, but rebels' morale seems high as fighters plan to hit the town in an attempt to 'cleanse Idleb of the Alawite regime'.

The alliance of Islamist rebels seized full control of al-Mastouma camp on Tuesday for the first time since the beginning of the Syrian revolution in 2011.

The Fatah Army, a reference to the conquests that spread Islam across the Middle East from the 7th Century, has seized large swathes of territory in northern Syrian since March, including the cities of Idleb and Jisr al-Shughour.

Meanwhile, the Syrian government intensified its aerial campaign against rebel-held areas in the northern cities of Aleppo and Idleb, killing at least 25 people on Tuesday, including women and children, activists and monitoring groups said.