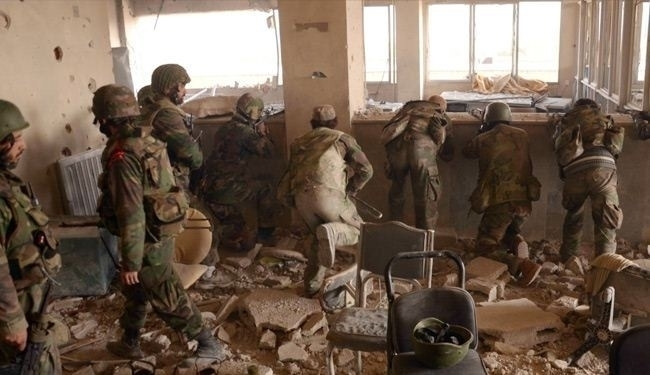 In a daring operation, the Syrian army broke a siege on soldiers trapped inside Jisr al-Shughour Hospital by a coalition of terrorist forces including the Nusra Front.

''You have shown through your heroism the most gallant legends and the evacuation of your wounded comrades would but teach the world what the morals and ethics of the Syrian Arab Army are”, Assad continued.

''Your life, your comrades' life and the life of every single soldier in the Syrian Arab Army and the Forces of Popular Defense, have been and would ever be the most important thing to care about and ever protect'', he said.

''I salute you and through you I salute every soldier defending the soil of Syria. Blessed are the martyrs, wishing speedy recovery to the wounded'', the president concluded.

Colonel Sabha returned the president’s greetings on behalf of the freed soldiers, expressing deep gratitude for the president’s show of concern. The colonel also thanked his comrades and all those who supported them during their fight against the terrorists.