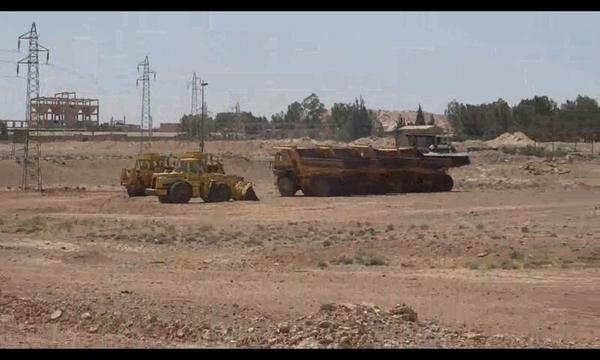 ISIS announced its seizure of the phosphate mines near the town of as-Sawwanah, south of the city of Palmyra, following clashes with regime forces in the region.

The extremist group’s official radio station announced the organization successfully seized the town of as-Sawwanah – between Damascus and Palmyra – and the surrounding phosphate mines. ISIS forces also seized a warehouse belonging to a Syrian army battalion, capturing tens of tons of munitions, "while dozens of regime forces fleeing the city of Palmyra were killed in the operation", the radio station added.

Sources noted that ISIS’ seizure of as-Sawwanah mines came after it seized the Busairi checkpoint, located in strategic point on the road between Damascus and Palmyra. Busairi checkpoint is one of the largest military points in the region and is tasked with protecting the train station dedicated to the transfer of phosphate to the Syrian coast.

According to ISIS media sources, the regime expected financial losses due to the capture of the phosphate mines are estimated at $250 million USD annually, with all fields and mines now under ISIS control.