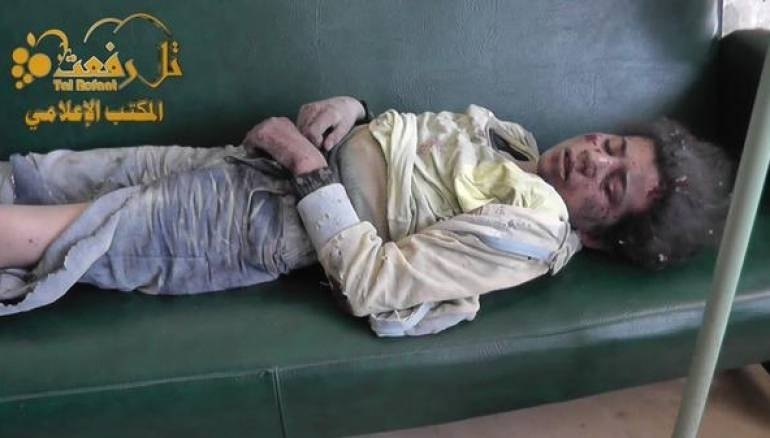 At least 40 people lost their lives on Wednesday in four regime barrel bomb attacks on opposition-controlled areas in the province of Aleppo, activists said.

Local activists said 40 people, including a number of women and children, were killed in the attack on the town of Tal Rifaat north of Aleppo.

Scores of people were also injured in the attacks while a number of buildings sustained severe damage.