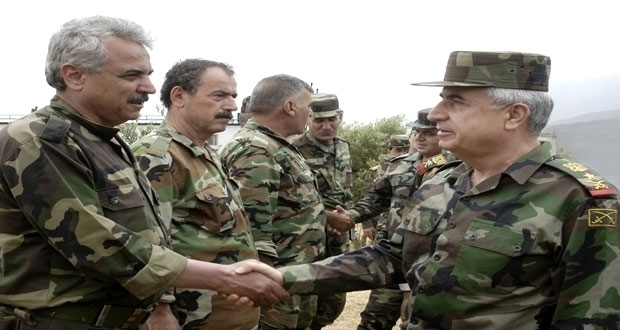 Ayoub stressed the importance of the army’s role in confronting terrorists and the plots, which aim to undermine Syria’s security and the country’s unity.

The major general commended the soldiers’ high morale and warrior spirit against the psychological and propaganda war conspiring against the Syrian people and army.

Field officers briefed the military commander on the nature of the army’s combatant tasks in the region, detailing the measures taken to preserve and fortify military posts against terrorist attacks.

At the end of the tour, Ayoub conveyed the military leadership’s gratitude for the sacrifices of the armed forces in their defense of the Syrian homeland.