Stolen historical artifacts, including a statue of the Virgin Mary, recovered and returned to Maaloula 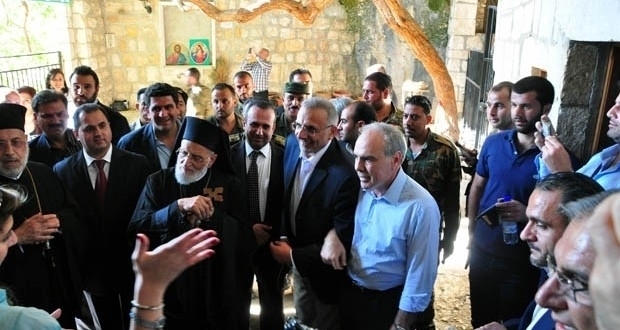 A statue of the Virgin Mary and a number of historical artifacts that had been previously seized by terrorists were restored to their original place in Maaloula in the countryside of Damascus on Saturday.

In a speech to mark the occasion, Patriarch Gregory III Laham stressed the importance of the return of the statue and the artifacts, which included three bells, two plates from St. Thecla Convent, a brass baptismal font, vessels, and crucifixes.

Laham noted that holding the ceremony at the St. George Church, which was also restored following an attack on the building, symbolizes the resurrection of all Syria with its churches, mosques, and homes.

The patriarch also thanked everyone who helped recover the stolen artifacts, stating the church bells and mosque minarets will continue to resound with faithful cries for life and to be a voice for human dignity.