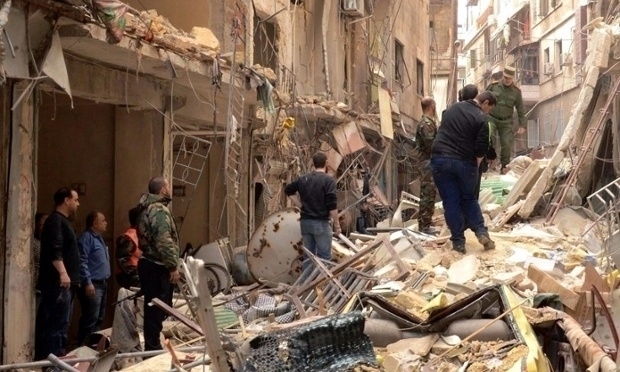 Syria’s Foreign Ministry issued an appeal to the United Nations in response to recent terrorist attacks that targeted Aleppo city on Monday, claiming the lives of scores of innocent civilians.

The letters stated that Aleppo was targeted by another heinous crime on Monday at the hands of terrorist organizations, which their supporters label “moderate armed opposition”. Terrorists indiscriminately fired more than 100 rockets at the neighborhoods of al-Sirian, al-Sirian al-Jadideh, al-Aziziye, al-Rashdin, Salaheddin, al-Ismailiye, Nile Street, the surroundings of Sheihan Hospital, and al-Sabil housing in the city.

The ministry said the attacks claimed the lives of 36 civilians, including 12 children, and injured more than 120 others, adding that the attacks also caused massive damage to residential buildings and property.

The new massacre is the latest in a series of methodical terrorist acts targeting Syria for over four years, the letters said.

The letters called on the Security Council and the UN Secretary-General to denounce the recent terrorist attacks in Aleppo, urging the UN to take fundamental steps against terrorist organizations and the states that support and sponsor them.