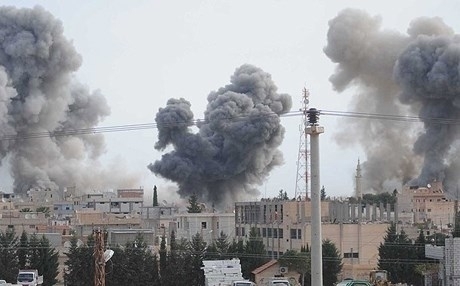 A suicide bomber attacked the city of Qamishli in northeastern Syria, targeting the headquarters of the Kurdish Asayish security forces.

The General Command issued a statement, saying: "A suicide bomber blew himself up with an explosive belt on Sunday morning at the Asayish Center in Qamishli market, after shooting the guard who tried to stop him from entering the center, killing himself and injuring four policemen".

A member in the Asayish security forces spoke to the press, stating: "The suicide bomber approached the door of the center, and when one of the guards was searching him, he took out a pistol and shot him. He then entered the center and blew himself up".

Qamishli's security forces said they would not give up "the protection and defense of the gains of the people under all circumstances to consolidate the security and stability of the people and the region", according to the statement.