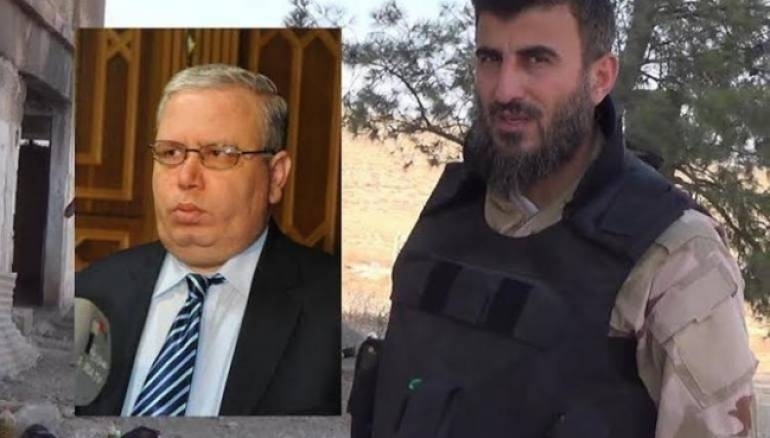 A swap deal between the Syrian regime and the Army of Islam has secured the release of Syria’s Justice Minister who was kidnapped by the key rebel group on June 9, 2015, a well-informed source told Zaman al-Wasl.

A judicial source said regime security had released 574 detainees, mostly from the city of Douma, in exchange for Justice Minister Najm al-Ahmed and dozens of people who were taken hostages by the rebel group in the Adra al-O'malia offensive near Damascus in early 2014.

The source reported that the Army of Islam had deliberately denied Ahmed’s kidnapping in an effort to complete the exchange deal in secrecy.

The rebel group also received over 300 million Syrian pounds in the exchange deal, the source said.

The Army of Islam is said to run up to six secret prisons in eastern Ghouta where more than 5,000 people loyal to the Assad regime remain in detention, according to Zaman al-Wasl sources.