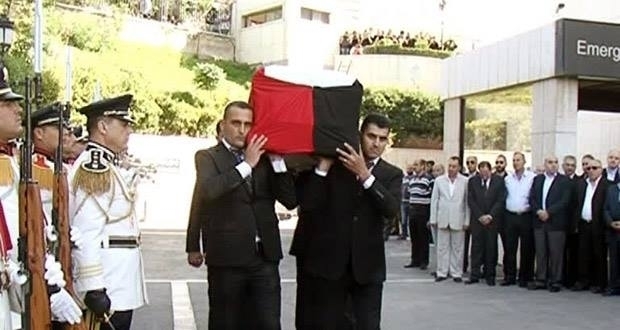 Deputy Vice-President for Security Affairs Mohammed Nasif Kheirbek was laid to rest in his hometown of Laqbeh, Hama province, on Monday following a long battle with illness.

A convoy escorted the body from al-Shami Hospital in Damascus to al-Luqba where he was buried in the family cemetery.

Attendees described Kheirbek’s passing as a great loss for Syria, announcing his primary concern had been for Syria to overcome its current state of crisis.

Kheirbek was born on April 10, 1937, joining the Syrian Arab Army in 1961 and was appointed deputy vice-president for security affairs in 2005, a position he occupied until his passing on June 28, 2015.