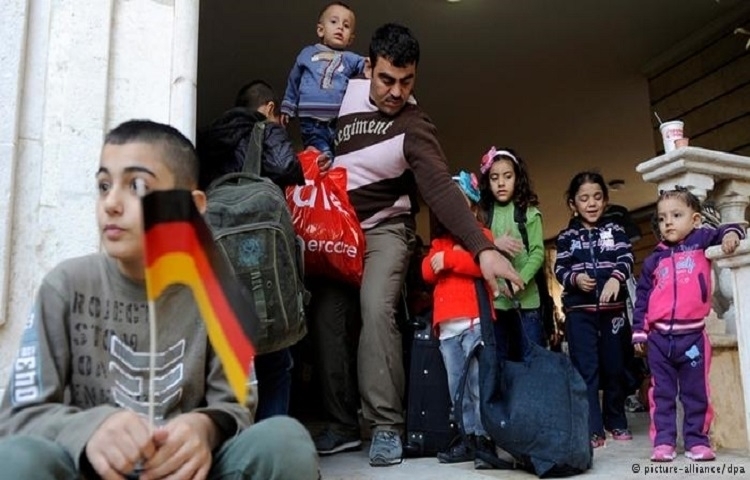 The German governemnt has begun to implement new amendments to the country’s Residence Act, moving to ban the entry and residence of newcomers to the country.

The amendments give long-term residency to foreigners who have been residing in Germany for a number of years, who are fluent in German, and have begun to secure a livelihood.

The law gives the right for adults who have been living in Germany for at least eight years to remain – the number is reduced to six years if they have dependent children – and to four years for young people.

However, the new law also aims to speed up the deportation of foreigners who are unable to obtain residency, but will not affect those in need of protection and victims of human trafficking, according to the German Press Agency.

The new amendment gives German authorities greater powers to refuse the entry or residency of individuals, at a time when the Federal Office for Migration and Refugees plans to create four new centers to preside over asylum applications, estimated at 240,000 applications by July 2015.

The new amendment will impact negatively on illegal Syrian migrants, according to Abdul-Rahman, a refugee who arrived in Germany nearly two years ago and works to help Syrians in residency procedures. Abdul-Rahman explained that thousands of Syrians are yet to be given temporary residency, noting that those whose asylum applications were rejected will be deported to a new camp, where they will stay for four days, where they will then be deported to the last safe country they passed through on their way to Germany. However, Abdul-Rahman said no Syrians had been deported thus far.

Speaking to an-Nahar newspaper, the German ambassador to Kuwait said Berlin recently ordered its embassies not to grant visas to Syrians, noting that the decision was made due to the increasing number of Syrian refugees.

According to local statistics, Germany is home to about 50,000 Syrian refugees, most of whom arrived in the country illegally, while only dozens of families have migrated through the United Nations offices in neighboring countries.