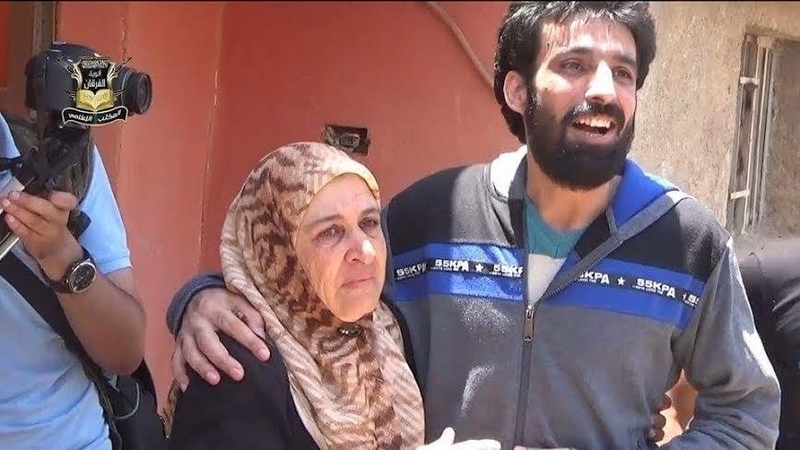 After months of coordination, Al Furqan Brigades successfully conducted an exchange operation with regime forces last week, July 31. The operation included the exchange of a man and a woman detained by regime forces with the bodies of an Iranian Revolutionary Guard officer, and a Syrian regime officer from the coastal region.

The brigades’ spokesperson, Suhaib ar-Rahil, confirmed to All4Syria the exchange process took several months. "The process was complicated and we faced difficulties in finding mediators between us and the regime. The exchange operation took place in the city of Dael – at a checkpoint in the outskirts of the city. Our brothers from Horan Commando Battalion handed over the bodies and received the prisoners", Rahil explained.

The exchange operation included Riad al-Maani and Amani Abu Zeid from the towns of Dael and Tafas in Daraa, both released in exchange for the bodies of Iranian officer, Haj Abbas Abdullahi, who was killed in the battle dubbed the "triangle of death", and a Syrian officer, Tammam Mohammed Kzaour, killed in Sheikh Miskeen.