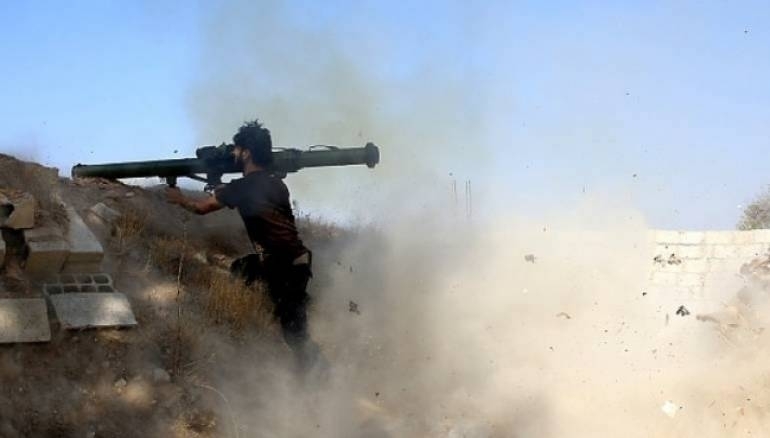 ‫The insurgents launched a counter-offensive after government forces, backed by allied militias, recaptured last week villages on the Sahl al-Ghab plain – an area crucial to the defense of the coastal mountains and the heartland of president Assad's minority Alawite sect.

‫ The Islamist rebel alliance includes Al-Qaeda's Syrian wing, the Nusra Front, the Islamist Ahrar al-Sham Movement and a number of other factions.

‫ On Sunday, the UK-based Syrian Observatory for Human Rights said the Islamist fighters' counter-offensive had forced the Syrian army to withdraw from such villages as Mansoura, Zeyara and Tal Waset towards bases northwest of Hama city.

A source close to the Syrian government confirmed the rebel advances in the area, while government warplanes and helicopters carried out at least 80 strikes on the villages located on the plain, the Observatory added.

‫ Opposition fighters have made gains in several parts of Syria in recent months, including the capture of most of Idleb province to the northeast of the Sahl al-Ghab plain.

‫ President Assad alluded last month to military setbacks when he said the army had been forced to give up a number of areas in order to hold onto more strategically important ones.