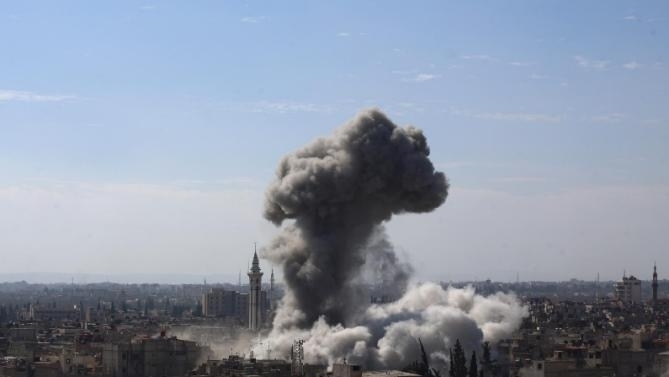 A military source told SANA that dozens of terrorists were killed or injured and their vehicles were destroyed when army air strikes targeted al-Alman Camp, Foro, al-Sifsafeh and Jeb al-Ahmar in Hama's northwestern countryside near its border with Idleb province.

Strikes against rebels in Ma'arkaba and al-Lahaiya in the northern countryside of Hama also inflicted heavy losses.

Rebel positions were targeted in Khirbet al-Naqous, al-Mansoura silos, al-Mashbak and al-Inkawi in the north-western countryside of Hama, while air raids also killed a number of Nusra Front fighters on the outskirts of al-Ziyara.

Opposition social media pages confirmed the death of 15 of their fighters during clashes in Hama.