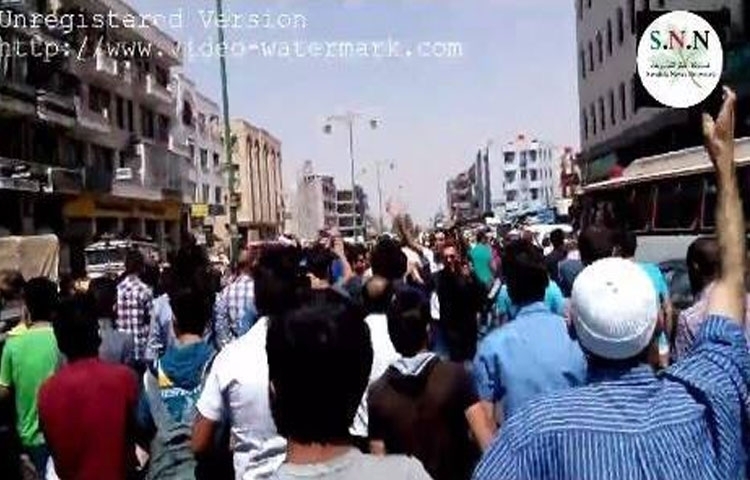 On Tuesday, September 8, internet service was resumed in Sweida after a week’s lapse since the outbreak of anti-corruption protests and subsequent explosions in the city.

Activists in Sweida posted video clips of the demonstrations that took place in the city during the past two days, which demanded the Assad regime to be overthrown and Colonel Wafiq Nasser, head of the local military security service, to be held accountable for the explosions. They also posted pictures of people smashing and burning the statue of Hafez Al-Assad at the city center.

Local Facebook pages confirmed the city residents’ demand to prosecute Wafed Abu Trabah, who has been accused of assasinating Wahid Al-Balous and tampering with evidences of his actions, at an independent court because people lost trust in the regime.

On Friday, September 4, two car bombs shook Sweida, killing around 40 civilians and injuring donzens; one of the victims was Sheikh Wahid Al-Balous, a prominent symbol of opposition forces in Sweida.