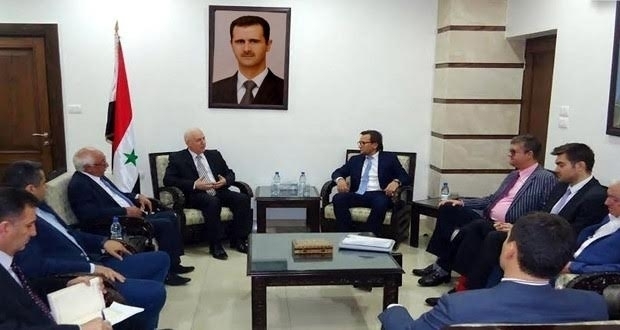 Cooperation between the two sides in carrying out oil projects, rehabilitating a number of oil fields and exploring oil and gas in Syria were also discussed.

Halki stressed that the deep-rooted and rapidly developing political, economic and historic relations between Syria and Russia entail opening new prospects of cooperation by carrying out more joint investment and development projects.

The premier reiterated that Syria welcomes Russian participation in the stage of the reconstruction and rehabilitation in a number of sectors affected by the terrorist acts.

Kazak, for his part, expressed the desire of Russian companies to contribute to developing Syria’s oil sector, particularly as the Stroy Trans Gas Company is undertaking significant oil projects in Syria while seeking to enhance its presence in new vital oil projects.

At an earlier meeting, Kazak was received by Minister of Oil and Mineral Resources Suleiman al-Abbas, who asserted the importance of continuing the work of the Russian company despite current circumstances.