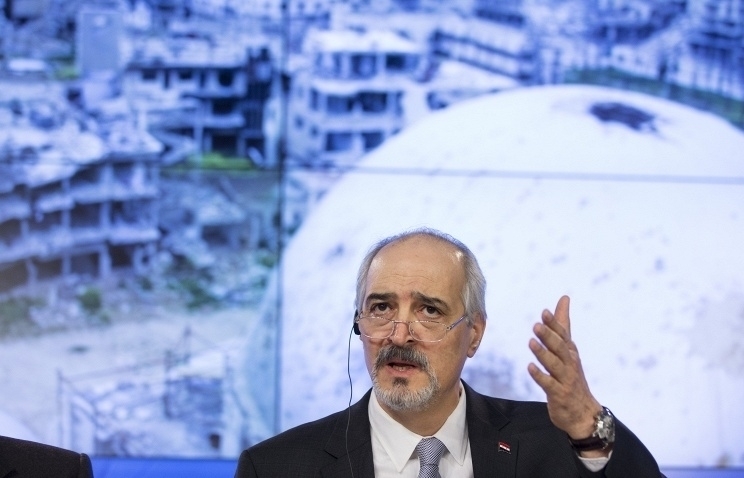 Syria’s Permanent Representative to the United Nations, Bashar al-Jaafari, described Russia’s reading of the situation in Syria as “accurate”, citing Russian President Vladimir Putin’s speech to the UN General Assembly which stressed the impossibility of fighting terrorism without coordination with the Syrian army.

“How can one imagine fighting the terrorist entities in Syria without the Syrian army, the Syrian government and the Syrian president?” he asked in an interview with the Russia Today news channel.

Jaafari also noted that the Syrian army is the only military institution in the region today that takes its orders from a legitimate president under a legitimate government.

Had the West and its regional allies not distracted the Syrian army on hundreds of battlefronts, Jaafari said, it “would have [been] capable, quite alone and without an international coalition, of eliminating ISIS terrorist organization within three months and not 30 years as US President Barack Obama said.”

Jaafari referred to president Putin’s focus in his speech on the necessity for Islamic countries to engage in fighting terrorism, since, based on the UN Security Council reports, most terrorists emanate from Arab and Islamic countries, adding that the fight against terrorism must be legally conducted and in accordance with the Council’s resolutions.

He also reaffirmed the Russian president’s statements on the need to not only condemn terrorism, but also those who buy stolen gas, oil and antiquities from extremist factions.

Responding to questions regarding Syria’s position on the participation of some states – like Saudi Arabia, Turkey and Jordan – in the Russian-proposed alliance against terrorism, Jaafari said only those countries who believe in the aims of the alliance would be allowed join it.

“You can’t take in a party that is up to its ears busy inflaming terrorism if that party doesn’t believe in the need to join an objective alliance to fight terrorism,” he added.

The ambassador told interviewers that no leader, including Obama and French President Francois Hollande, have the right to question the legitimacy of the democratically elected Syrian president.

In comments regarding the recently announced “joint information center” involving Syria, Russia, Iran and Iraq, Jaafari said the center is “a very important turning point for combating terrorism on the [regional] level without having to wait for others.”