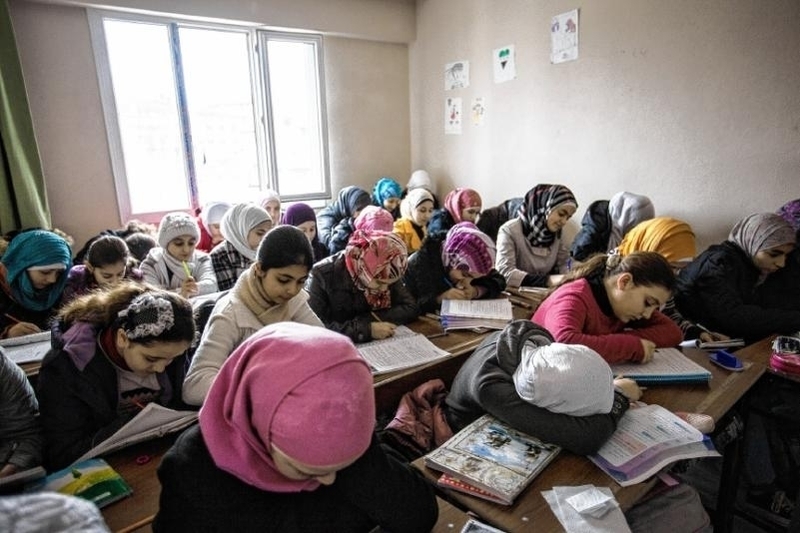 Some 370,000 Syrian children are expected to begin the new school year in temporary learning centers within Turkey this academic year, according to figures reported by the Turkish press.

The Turk Press website said the figures and statistics show the high numbers of Syrian students compared with the limited capacity of the temporary education centers built for them.

The number of Syrian students enrolled in the schools of the Turkish Ministry of Education across the country have witnessed a significant increase in 2015, doubling the number of students from last year, up from 38,757 students.

The Turkish authorities contributed to the establishment of 266 temporary learning centers during the academic year of 2014-2015, of which, 34 centers were built inside collective accommodation centers, and 232 in the city centers which are home to large populations of Syrian refugees.

Syrian students, especially high school students, will face a number of difficulties during their study, most notably the curriculum, which differs greatly from their study in Syria.

In the past, students could register for the Libyan high school certificate, but after the introduction of the high school curriculum provided by the opposition’s Syrian Interim Government, a conflict between the acceptance of the two certificates emerged, leading to the development of the "standardized test" for the holders of the two certificates, in order to determine the pass mark for each student who wishes to register for admission to university.

According to sources, the new test requires students to complete a large questionnaire over three hours. The new test has outraged many students, as nobody has taken the time to explain the details of such a test.