Despite Moscow's claims, activists say Russian air strikes partly focused on areas where ISIS has little or no presence 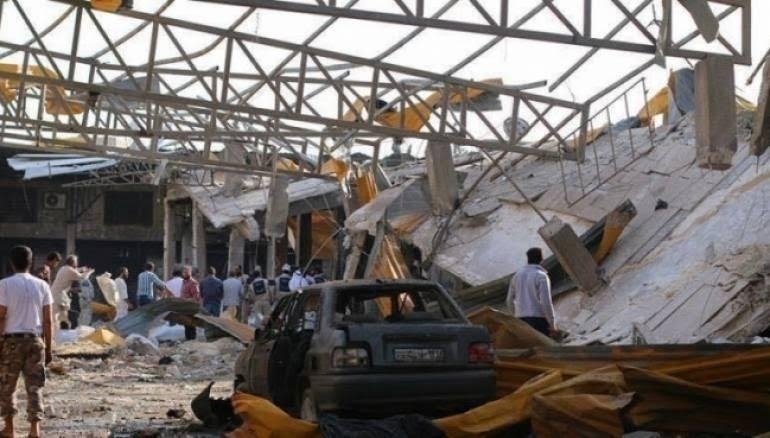 More than 100 people were killed on Friday in air strikes targeting the northern city of Aleppo by Syrian regime and Russian jets, activists said.

Russian fighter jets have mounted a new wave of strikes since Thursday night in northwestern and western Syria, a Syrian military source and state TV said on Friday.

The source said the 18 air strikes took place in the provinces of Idleb, Hama and Aleppo, and targeted ISIS positions.

The air strikes however appeared at least partly focused on areas hit earlier this week by the Russians, where ISIS has little or no presence.

Activists said more than 80 people lost their lives in the town of al-Bab near Aleppo while 20 others were killed in regime air strikes on Deir Hafer.

An official representative of the Russian Defense Ministry, Major-General Igor Konashenkov, reported that Russian aircrafts have destroyed a command center and training posts of ISIS militants in Syria.

"Su-34 aircraft have struck a training camp of ISIS near the settlement of Malan-Jadid, and a command post in the area of Qasert-Faraj, to the south-east off the town of Raqqa," Russia’s RIA Novosti news agency quoted the official as saying.

Insurgents operating in the provinces of Idleb and Hama are mostly connected to anti-Assad rebel groups fighting to topple the Syrian president. These groups also have a significant foothold in the province of Aleppo, where ISIS also operates, Reuters said.

The Syrian Observatory for Human Rights reported at least 12 ISIS fighters had been killed in a Russian air strike in Raqqa province on Thursday. The province is mostly under ISIS control.