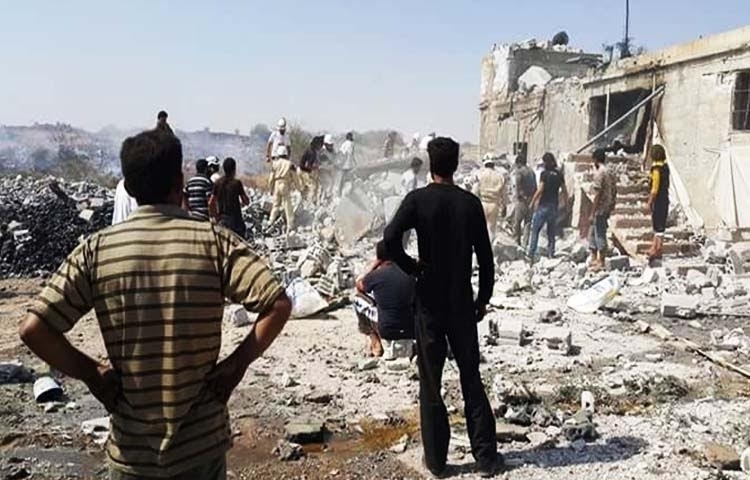 Russian warplanes targeted the town of Ihsim in Mount az-Zawiyah in the countryside of Idleb on Saturday, October 3, leading to the death and injury of several civilians.

Activist Milad Fadel posted on Facebook that a Russian aircraft targeted a farm on the outskirts of Ihsim, killing nine members of one family.

Fadel said that civil defense teams rushed to the place of the bombing to evacuate the wounded, but another fighter jet targeted the same area again with three more sorties, resulting in the death of several more victims, including a civil defense team member and a man assisting the wounded.

The Ihsim Today Network named the family killed in the air raid a az-Zaim, adding that the civil defense team member who was killed in the bombing was Mohammed Fares Fadel from the town of Balshoun.

Russian fighter jets launched similar raids for the fourth day in a row on the city of Kafr Zita in Hama, also targeting a field hospital in Barnas in the countryside of Lattakia.

The town has been targeted daily with rockets and barrel bombs like many other cities in Idleb’s countryside.