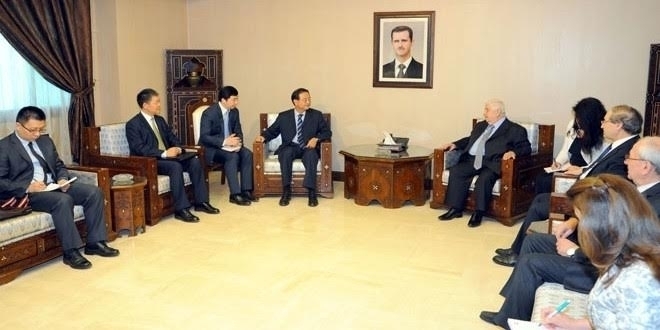 Russian and Iranian efforts in Syria are a serious contribution towards the fight against terrorism and the success of the political solution, Foreign Minister Walid al-Muallem said Tuesday.

Speaking during a meeting with the Director-General of West Asian and North African Affairs for the Chinese Foreign Ministry, Deng Li, Muallem expressed his country's appreciation for China’s support in its fight against terrorism.

Deng also conveyed the Chinese foreign minister’s hopes for Syria to rise out of its state of crisis as soon as possible, stressing the importance of international efforts in contributing to the counter-terrorism efforts.