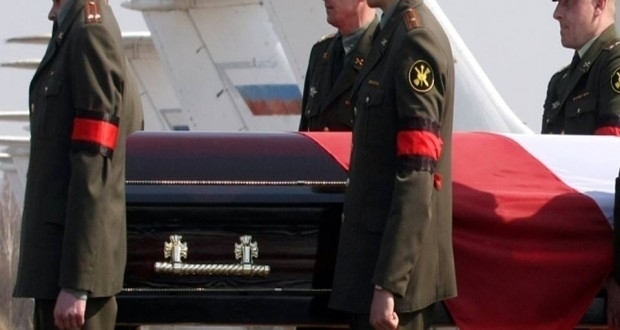 As a matter of policy, all parties active in Syria’s war have refused to publicly recognize their losses until forced to acknowledge the uncomfortable truth of their presence. With Hezbollah and Iran announcing the recent death of high-ranking commanders, Russia, it would seem, is no exception to the rule.

According to several Ukrainian news websites, Ukrainian intelligence sources confirmed that the bodies of 26 Russian soldiers secretly arrived at the Crimean city of Sevastopol over the last few days.

UA Today news agency reported from the director of Ukrainian intelligence that the Russian soldiers may have died as a result of poor sanitary conditions in Syria, while UNIAN news website reported that Russia could not secure health and safety conditions for its soldiers who were either injured or fell victim to fatal diseases in Syria. Ukrainian website Obozrevatel confirmed a Russian military aircraft transported the bodies of soldiers who died in Syria over the last few days to the Ukrainian city of Sevastopol.

Other news sources also reported the deaths of three Russian soldiers and the injury of several others in Syria, though Russian officials denied the news.

Head of the UK-based Syrian Observatory for Human Rights, Rami Abdul-Rahman, said local Syrian sources confirmed the deaths of Russian soldiers, but did not specify the number of casualties.

TAS reported from the Russian embassy in Damascus that it "had no information about the deaths referred to in the reports," while the Kremlin said there are no Russian troops carrying out combat roles in Syria, stressing the only Russian military presence in Syria is through its advisers and experts, in addition to a number of troops guarding Russia’s bases in western Syria.

It seems Russian soldiers will not be excluded from the numbers of those who have died during the course of the four year conflict in Syria, added to the list of the ever increasing numbers of Iranian, Iraqi and Hezbollah casualties.