A lack of any Syrian representation at the Vienna peace talks symbolizes the complete disregard for the will of the Syrian people, explains Turkmani 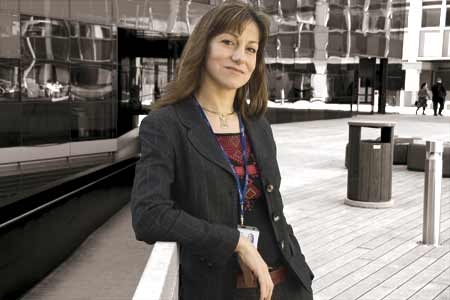 Dr. Rim Turkmani, a senior research fellow at the London School of Economics, said that "holding the Vienna dialogue without the presence of any Syrian representative is proof that all parties involved are not concerned with the will of Syrian people, despite their claims."

Speaking in a televised interview with al-Hurra, the Syrian academic explained that it is too early to reach a political settlement in Syria, but there is serious talk of finding such a settlement. The participation of all these countries, especially Iran, and sitting at the negotiating table in Vienna, is in itself a positive indication, because these countries, whether Saudi Arabia, Iran, Russia or America, support parties in the Syrian war.

Turkmani pointed out that most of the parties, including Saudi Arabia and Iran, are "authoritarian" regimes, and thus they will not be able to achieve a solution that meets the ambitions of Syrian people. If these countries could not reach an understanding on the negotiating table outside Syria, they will return after these negotiations and reach an understanding with weapons at the expense of Syrian blood, in order to exert pressure to return to the negotiations table again, he said.

As for the participation of Iran in Vienna, Turkmani stressed that "this is something positive, but it is also a confirmation of its bloody and negative role in Syria, which should turn into a direct dialogue with its direct rival, Saudi Arabia.”