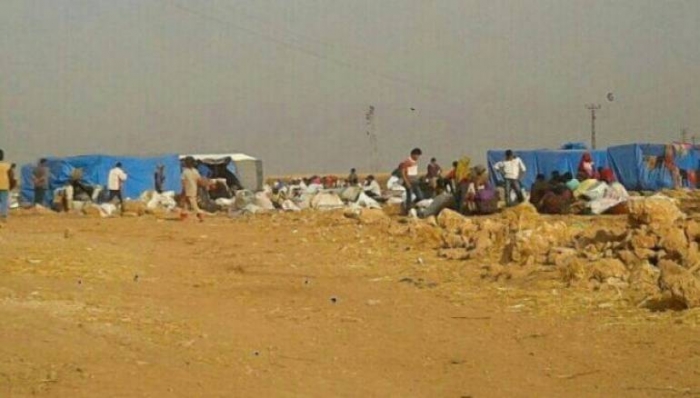 Mohammed al-Sahem from the Alsharabin tribe told Zaman al-Wasl via phone that a YPG patrol had accompanied two bulldozers to the southern neighborhood of Tal Tamer, ordering them to demolish 10 houses belonging to the Mahmoud family, of Alsharabin’s al-Sahem clan.

He added that houses were previously abandoned by their owners who fled to Turkey after clashes between PYD forces and members of the Arab tribe in April 2013 – only an elderly lady remained behind, crying on the ruins of the houses as her husband tried to comfort her.

The Syrian Network for Human Rights recently released a 22-page report detailing abuses against Arabs, Turkmen and Assyrians in Hassakeh province since February.

Mohammed explained that members of the party had prevented people from watching their houses being demolished and turned into rubble in the south of the city.

According to locals, repeated night raids by YPG forces have targeted Arab houses in Tal Tamer, with Kurdish forces preventing Alagibish residents from returning to their homes under claims ISIS militants had infiltrated the region.

Dozens of families were forced to flee their homes and establish a temporary camp on Tal-Hamma, to avoid humiliation and beatings by members of the YPG patrols, local sources said.

Listing more than 70 villages that had been forcibly evacuated, the Network said tens of thousands of people, mostly Arabs, had been displaced by the YPG.

YPG patrols had forced people away from their homes from the "very first day of its establishment", the report said, adding the "forced migration policy" had been recently intensified. According to the report, YPG forces have killed 47 civilians, including eight women and nine children, in the last six months and detained 612 people, including 19 children.