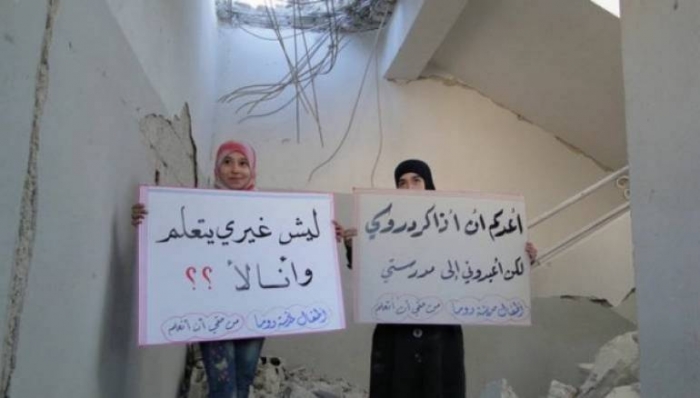 A group of female activists in the rebel-held town of Douma northeast of the capital, Damascus, has launched a campaign to shed light on the deteriorating situation of education in the Eastern Ghouta suburbs, where thousands of children are without access to education.

I Have the Right to Learn campaign seeks to deliver a message to the international community and concerned institutions that Syrian children must have access to schools, a statement by the group said.

The Syrian regime and Russian air strikes have constantly targeted schools in Syria, turning many of them to rubble.

According to UNESCO, 2.6 million children have been deprived of education due to the almost 5-year-old war. One out of five schools in Syria have suffered damages or complete destruction, according to UNESCO.