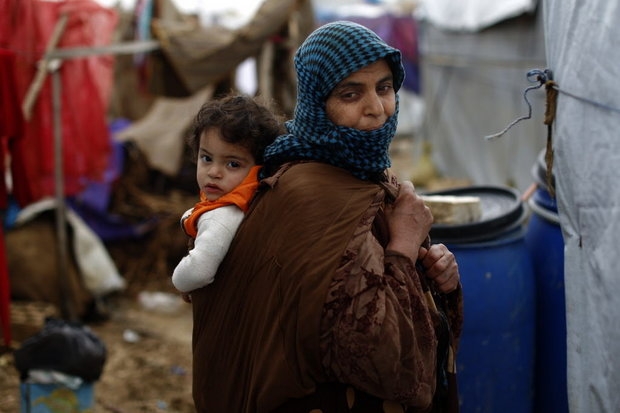 Syria’s main political opposition has warned of an increase in the death toll among children and the elderly in the town of Madaya as a result of the scarcity of food, infant formula, and medicine needed to treat epidemics and diseases resulting from the regime-imposed blockade.

In a statement released yesterday, the Syrian National Coalition urged the United Nations to designate the situation in Madaya, Zabadani and Moadamiya, where more than 90,000 civilians are trapped, “a humanitarian disaster requiring urgent international humanitarian intervention.”

The Coalition said: “Life-saving aid must be airdropped to the civilians trapped inside long as [the] Assad regime and Hezbollah militias continue to block the entry of relief aid through land routes.”

The calls come as reports emerge from medics and activists on the ground about the grave humanitarian situation in Madaya, Damascus countryside, where Hezbollah militants and the Assad regime are blocking entry of humanitarian aid into the town.

The Coalition has called upon the Arab League to discuss the situation in Madaya and other besieged towns “as a matter of urgency during its ministerial meeting on Sunday, January 10; take the necessary actions to put an end the siege; and condemn the siege as a crime.”

Moreover, the Coalition urged international human rights organizations and relief agencies “to do more to help Syrian civilians besieged by the Assad regime and the Hezbollah militia by all possible means.”

The statement concluded by calling on the international community, along with friends of the Syrian people, to shoulder their responsibilities towards Syria’s civilians.