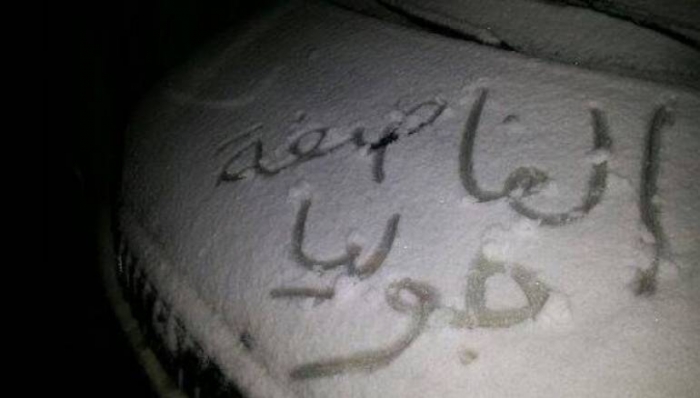 Snowstorms are expected to sweep through Syrian refugee camps in the Lebanese Bekaa valley and border town of Arsal, forecasts said Monday.

More than a million Syrians are enduring another winter as refugees in Lebanon. For some, it is their fifth in a row, displaced by a war that has driven 4.4 million Syrians into neighboring countries from where many are trying to reach Europe.

Due to the harsh conditions, refugees in remote areas stranded by snow cannot reach shops to buy food or water.

"Lebanon and the UN recently issued an appeal to help up to 2.9 million vulnerable people. The international community needs to fund this appeal urgently to allow aid to reach people in need," she said. The appeal, for $2.5 billion, includes vulnerable Lebanese in addition to Syrian refugees.

UNHCR, the UN refugee agency, has provided support including stoves, blankets, mattresses and "insulation kits" that include insulating foam and timber, though these are designed for refugees living in larger buildings, said Dana Sleiman, UNHCR spokeswoman in Lebanon.