Manna is not part of the main opposition delegation, which was formed at a meeting in Saudi Arabia and has yet to say if it will take part in the peace talks 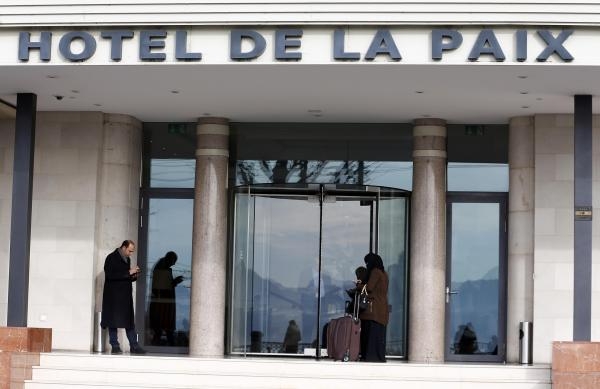 The co-leader of the Syrian Democratic Council, Haytham Manna, on Wednesday said he would not take part in peace talks in Geneva unless two Kurdish leaders, Saleh Muslim and Ilham Ahmed, were also invited to participate.

“I’ll go with my friends or not (at all). There is no compromise in this question,” Manna told Reuters a day after the U.N. envoy to Syria, Staffan De Mistura, sent invitations to join the talks, without including the Kurdish leaders.

“We have one day and tomorrow perhaps also to negotiate all of these things with the Russians, the Americans and De Mistura’s staff. We’ll see if they accept our opinion, our view to have really a strong and representative delegation, we are ready to go.”

Deciding who among Syria’s fractured opposition should attend the talks has become the main stumbling block to the first attempt at a peace negotiation in two years. There is no sign of an end to the war pitting a range of rebel groups against President Bashar al-Assad’s government after almost five years and more than 250,000 deaths.

Manna is not part of the main opposition delegation, which was formed at a meeting in Saudi Arabia and has yet to say if it will take part in the peace talks. Its leaders have said Syria must stop bombing civilian areas and allow humanitarian aid access before any peace negotiations can take place.

But Russia, Assad’s main backer, had demanded that the opposition representation was widened beyond the Saudi-backed group, some of whom it regards as terrorists. De Mistura invited Manna and other opposition leaders who had Moscow’s blessing.

But Muslim, co-leader of the Kurdish PYD party, told Reuters on Tuesday he had not been invited to the Geneva talks.

The PYD is fighting ISIS and has enjoyed military support from the United States but is regarded by Turkey as part of a terrorist movement.

French Foreign Minister Laurent Fabius said De Mistura had told him that Syrian Kurdish officials would not be invited,and negotiations for the opposition will be led by the Saudi-backed opposition group.

Manna said that leaving out Muslim and Ahmed had left the invitees looking like “the Russian delegation”.

“And I’m not ready to be a member of the Russian delegation. We have the right to have our own delegation,” Manna said.