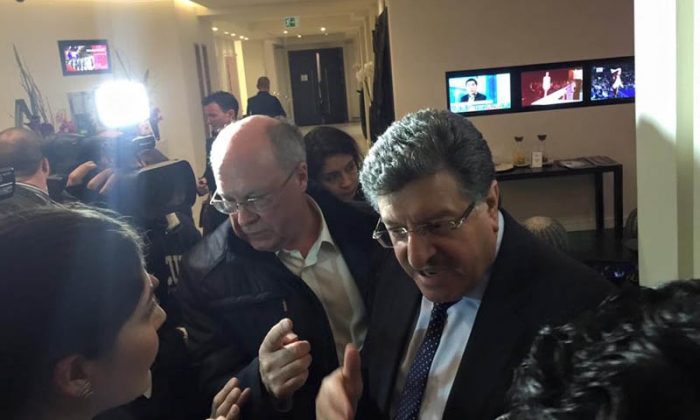 And of what was stated by US Secretary of State John Kerry regarding the support of his country for the full implementation of UN resolution 2254, and especially in connection with the humanitarian situation, through the end of sieges, releasing prisoners and detainees, and immediately halting the indiscriminate bombardment of civilians.

Mr. Kerry expressed US support for the implementation of a political transition through the formation of a transitional governing body with full executive powers in accordance with the statement of Geneva I.

This is in view of the similar support the High Committee received from a number of foreign ministers of friendly and brotherly nations, and of the writings of the General Secretary for the United Nations, which confirmed the international organization’s support for the implementation of humanitarian commitments and especially articles 12 and 13 provided in Security Council resolution 2254.

And in view of the response which the committee received from UN envoy to Syria Staffan de Mistura, which confirmed the right of the Syrian people in these demands, we have decided to participate in the political process to test the [Syrian government’s] seriousness through discussions with the United Nations team to implement international commitments and humanitarian demands as a prelude to the negotiating process, and to the completion of a political transition through the formation of a transitional governing body with full executive powers.