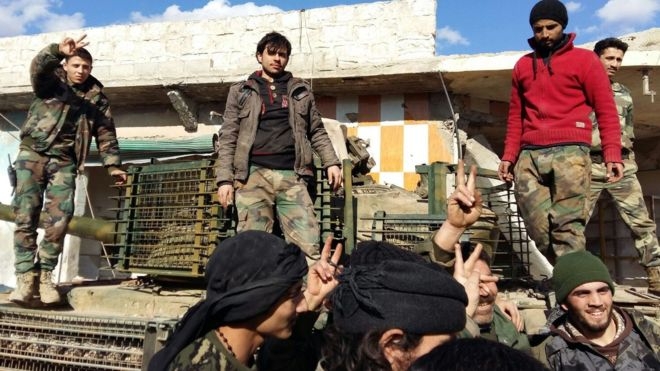 The General Command of the Syrian army said breaking the terrorist siege of Nabul and Zahraa in the northern countryside of Aleppo has dealt a debilitating blow to their plans in the region.

In a statement, the General Command said the new military win capped a series of successful operations that saw army units, in cooperation with popular defense groups, establish control over several towns and villages in the northern countryside, which eventually ended with breaking the siege of the two towns.

Scores of terrorists were killed in the process, the statement added.

The Command explained that the achievement is particularly important as it cuts off terrorists’ supply routes coming from the Turkish borders and will set off a dramatic collapse within their ranks.