Opposition figure says permitting the regime to continue violating Syrians’ rights “feeds terrorism, which uses the chaos and fluidity of the border to threaten international security” 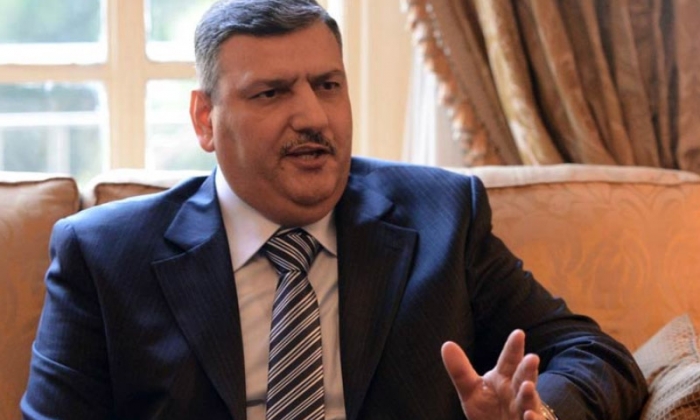 The head of the High Negotiations Committee, Dr. Riad Hijab, said that the opposition will soon prove that the age of Bashar al-Assad in power has ended, and that he must go, either voluntarily or forcibly.

Hijab said in tweets on his official Twitter account on Tuesday, February 9, that permitting the regime to continue violating Syrians’ rights “feeds terrorism, which uses the chaos and fluidity of the border to threaten international security.”

The coordinator called for the United Nations and international community to implement the articles of Security Council resolution 2254 and hold perpetrators to account, saying the military escalation “proves the lack of seriousness of the regime and its allies in proceeding in the peace process, because they know Bashar [Assad] remaining in power depends on repression, killing and displacement.”

Hijab, commenting on the UN’s postponement of the talks in Geneva on February 3, said that the opposition participated in the negotiations “to prove to the world that this regime does not believe in a political solution”, adding that “the Syrian people are determined to put an end to the gang which has usurped power in Syria, and will not return to Geneva unless the regime carries out its obligation to stop bombarding civilians and end the blockade of cities.”

The opposition considered the delay of the talks an opportunity for the international community to pressure the regime and its allies to commit first to implementing humanitarian requirements by ending blockades and releasing prisoners, and stopping the bombardment of civilian areas, and deliver aid.

The UN previously announced the start of the Geneva negotiations on January 29, but it witnessed deep rifts over the naming of the opposition delegation, alongside a set of humanitarian demands insisted upon by the High Committee before sitting at the negotiating table, leading to the talks being postponed until February 25.