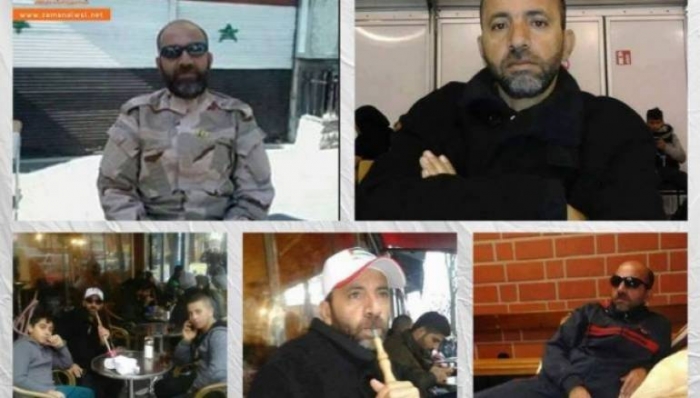 Syrian activists have circulated photos online of a Palestinian refugee currently residing in Germany who once gained fame as one of the most notorious intelligence figures in the Damascus Palestine security branch.

The Syrian Interior Ministry had issued seven warrants and prison sentences for 47-year-old Mazhar Adnan Jaman related to forgery, fraud and theft, according to his criminal record obtained by Zaman al-Wasl.

Activists claim people who were tortured at the hands of Jamaan inside intelligence security departments would not accept that Jamaan will escape accountability, even in Germany.

Jamaan was once dubbed as 'The God' in the Palestine intelligence branch, former detainees said.

Growing up in the Yarmouk Palestinian refugee camp near the capital, the Syrian regime took advantage of Jamaan’s life of hardship and set him to work as an informer and interrogator, a source told Zaman al-Wasl.