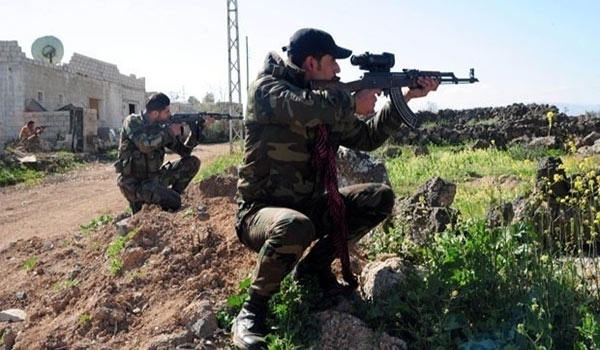 A car loaded with munitions bound for terrorist fighters in the Syrian Desert was ambushed by government forces Wednesday morning in the western countryside of the Suweida province.

A source from the Suweida governorate said that the authorities had information that the terrorists were preparing to transport a load of mines to the Syrian Desert across the Khirbet al-Ghoutheh area.

The authorities ambushed the car at dawn, clashing with the terrorists.

The vehicle, which was travelling from the eastern countryside of the neighboring Daraa province, was carrying 246 anti-tank mines and artillery shells hidden inside a tanker mounted on the vehicle, the source said.

Earlier this week, authorities and popular defense groups seized a vehicle laden with hundreds of US and Israeli made anti-tank mines in the western countryside of Suweida travelling from Daraa.