Syria's representative to the UN says ISSG members should pressure the Turkish, Saudi and Qatari governments to end their support for terrorism and comply with UN resolutions 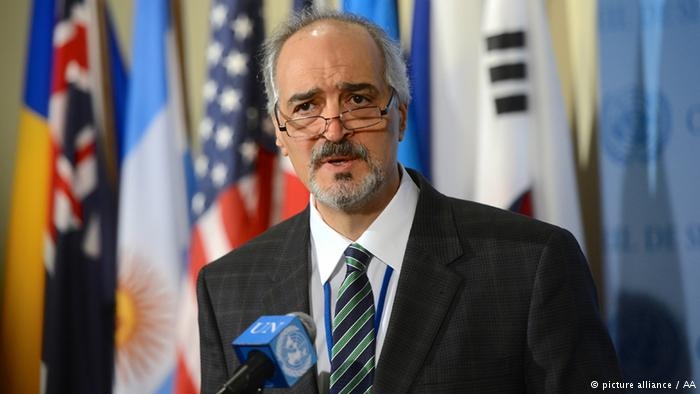 Syria’s Permanent Representative to the United Nations, Dr. Bashar al-Jaafari, has called for the Turkish regime to be held accountable for shelling Syrian territory, claiming that Ankara is attempting to encourage all sides to escalate the conflict in Syria.

The hostile acts of Ankara caused those countries that are supporting Turkey to express their concern over its policy, Jaafari told reporters following a UN Security Council session on Tuesday.

He added that all Security Council member states have asserted their commitment to the agreements reached by the International Syria Support Group (ISSG) in Munich last week.

Jaafari affirmed “the complicity of Turkey with Qatar and Saudi Arabia against Syria and its allies,” adding that “terrorism-supporting countries” are suffering from a bout of “hysteria” due to the Syrian army’s progress on the battle fronts.

He also claimed that Turkey has allowed terrorists to transfer the deadly Sarin gas to the Syrian territories.

Jaafari said the Syrian government is coordinating with its Iraqi counterpart as “our victory over the Islamic State and Nusra Front and their affiliates will be a victory for both the Syrian and Iraqi peoples.”

When asked whether he is optimistic about the possibility that a ceasefire could be enforced by the end of the week as was announced at the Munich Security Conference, Jaafari stressed that a ceasefire would take more time.

“Those who met in Munich should be practical. Who can guarantee that the terrorists will stop fighting and respect the purported ceasefire?” he asked.

Instead, he added, “they should exercise serious pressure on the Turkish, Saudi and Qatari regimes, and others like the French and the British, to stop their support to terrorism and comply with the Security Council’s resolutions.”

The UN Security Council demanded during its session that Turkey respect international law, expressing its concern over the Turkish shelling of Syrian territory.

For his part, Russian Deputy UN Ambassador Vladimir Safronkov said Moscow presented the Council with evidence proving Turkey’s violation of UN resolutions, calling on member states to lean on Ankara in order to put an end to its “unacceptable acts” in Syria.