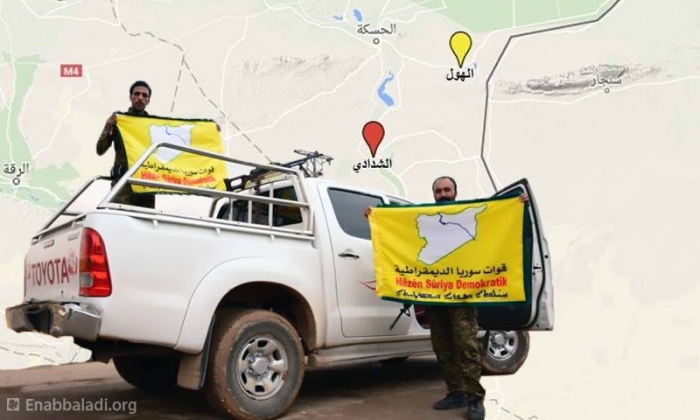 The town of Al-Shaddadah, the main base for the Islamic State group in the Hassakeh province, will be the next target for the Syrian Democratic Forces, which managed to expel the group from the neighboring town of al-Houl months ago.

Preemptive air raids by coalition forces on the town on Tuesday resulted in the deaths of at least 25 civilians, according to media activists in the province.

Sources said that the Syrian Democratic Forces assault in the direction of Al-Shaddadah had begun, launched from the town of al-Houl toward the north, and had already imposed control on two villages south of the town.

Enab Baladi learned from activists in Hassakeh that military mobilizations have begun from the cities of Qamishli and Hassakeh toward al-Houl in preparation for the upcoming battle.

The Western-backed Syrian Democratic Forces include several factions from different ethnic groups, most prominently the Kurdish People’s Protection Units, and the Syriac forces (Sutoro), along with other Kurdish, Arab and Turkmen forces.