Around 400 to 500 fighters have crossed the border, a Turkish security source confirmed 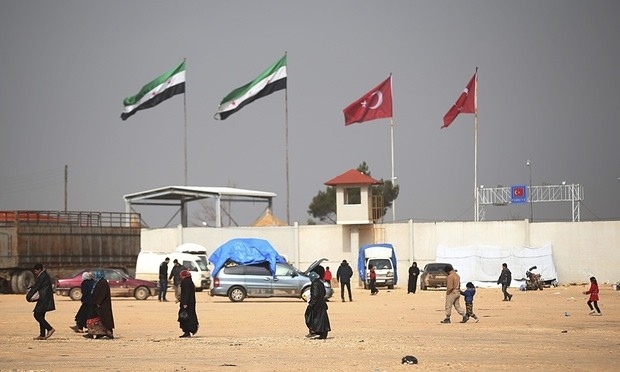 The Syrian opposition has brought at least 2,000 reinforcements through Turkey in the past week to prop up the fight against Kurdish-led militias north of Aleppo, opposition sources said on Thursday.

To carry out the transfer, opposition members were leaving Syria’s Idlib governorate, travelling four hours across Turkey, and re-entering Syria to support the city of Azaz, the sources said. Turkish forces facilitated the operation from one front to the other over several nights, by secretly accompanying opposition members as they exited Idlib.

“We have been allowed to move everything from light weapons to heavy equipment, mortars and missiles and our tanks,” Abu Issa, a commander in the Levant Front, the rebel group that runs the border crossing of Bab al-Salama, told Reuters.

He assured that the reinforcements did not comprise fighters from the extreme Nusra Front or other jihadist groups.

Around 400 to 500 fighters crossed the border, a Turkish security source confirmed. Also, the British-based Syrian Observatory for Human Rights said hundreds had crossed.

On Sunday, the Syrian government said Turkish forces were among 100 gunmen who had entered Syria accompanied by 12 pick-up trucks mounted with heavy machine guns, in a continuous supply operation to opposition groups.

The route via Turkey has become the only supply line for Azaz after the Syrian army closed what had been the opposition’s main route for years, not to mention their advancement to within 25 miles of the border for the first time in over two years.

The Syrian army is seeking to take control of the whole area in order to keep its opponents from getting reinforcements and to reassert full control over Aleppo, Syria’s largest city before the war.

Russia has been trying to turn the momentum in Syria’s decisive war in favor of Moscow’s ally, President Bashar al-Assad, through extensive bombing.

But the rapid advance of U.S.-backed Kurdish fighters has enraged Ankara and threatened to drive a wedge between NATO allies.

Turkey considers the militia as an extension of the outlawed Kurdistan Workers Party (PKK), which has fought a three-decade insurgency for autonomy in Turkey’s mainly Kurdish southeast.

Turkey is determined to do all it can to stop the YGP from advancing and keep it from gaining a foothold on its border. It has shelled the YGP positions in response to what it says is fire coming across the border and stepped up deliveries of military hardware to the opposition.

“We are getting fresh supplies of everything from missiles to mortars to armoured vehicles. Almost everything is now being delivered to us,” said a source from the opposition said.

Turkish army vehicles were unloading the munitions and equipment onto Syrian opposition armored vehicles and trucks, said the member of the opposition, who was present during a handover of weapons.

New supplies of ground-to-ground missiles with a range of 20 km (12 miles) had been delivered to respond strongly to the Russian-backed attack, two commanders in the opposition said.

The opposition and the Turkish government blame the Kurdish militias for carrying out a campaign of ethnic cleansing of Arab-inhabited villages in a bid to carve a fiefdom in Syria’s north.

The YPG has exploited the Russian-backed offensive, getting hold of ground from other opposition groups. After taking a series of towns, in what the opposition says is an advance organized with Russia, the YPG is now seeking to take Marea, the last town before Azaz.