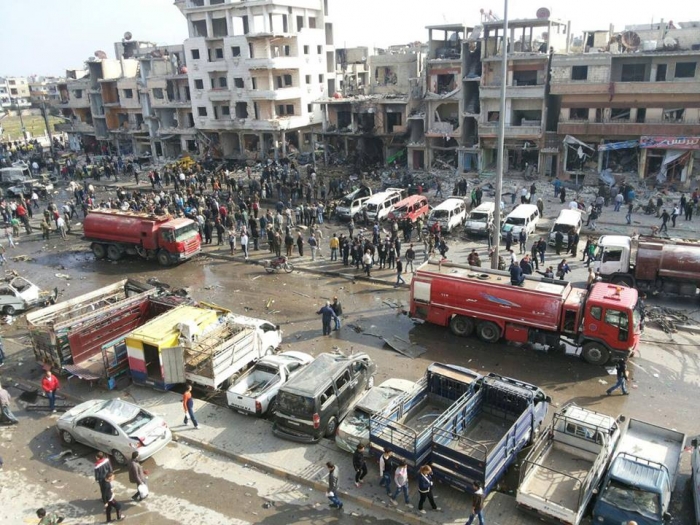 The death toll from a twin bomb attack in Homs has risen to 34, according to the province's governor Talal al-Barazi.

Barazi told SANA in a statement that terrorists blew up two cars packed with heavy explosives early Sunday morning near the entrance of Arman neighborhood in the busy Siteen Street, Homs city.

Initial information referred to the death of 14 people and 39 injured. Many of the injured have since succumbed to their wounds.

“The repeated terrorist attacks in Homs target the strong internal front that is standing by the side of the Syrian army making victories on various fronts,” said the Barazi, calling upon the United Nations Security Council, the UN Secretary General and the countries that claim to be fighting terrorism to condemn this new attack.

SANA reporter in Homs said the terrorist bombings caused massive material damage to nearby houses and the dozens of public and private buses parked at a bus station.

On January 26, 19 people were killed and many others were injured in two terrorist attacks that hit Zahraa neighborhood in Homs city.