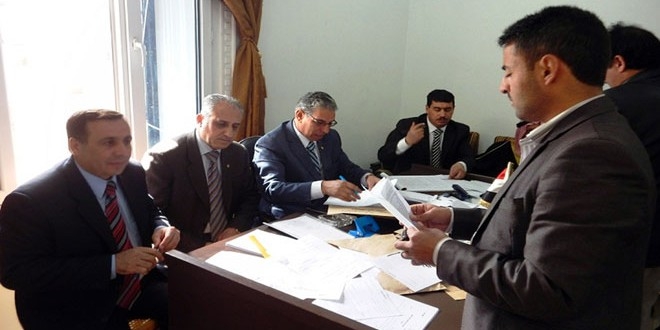 Syria’s national electoral body announced Saturday the number of candidates wishing to run in the upcoming parliamentary elections has reached 967.

Head of the Committee, Judge Hisham al-Shaar, said the number of applicants was a positive sign, adding that the higher the number the better, as this offers voters more options to select their representatives.

Applications for candidacy in the elections will continue to be received until March 1, with the elections scheduled to be held on April 13.