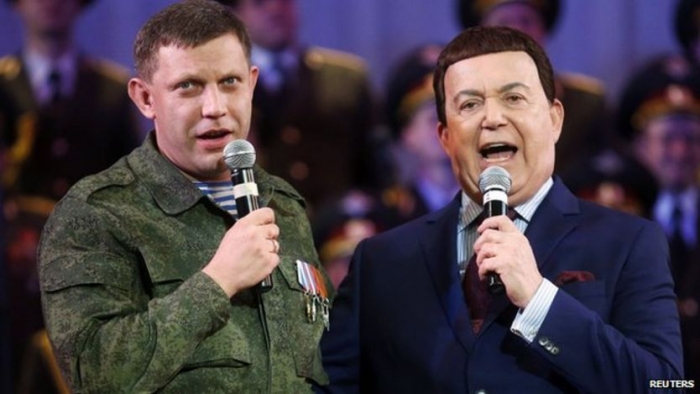 Russian-Jewish singer Iosif Kobzon claims to have visited the Syrian Hemeimeem military base in Lattakia a number of months after his annual visit to Israel.

The performer is known for his excellent relations with Jerusalem and his efforts to normalize relations between Russia and Israel, especially during the decline in geopolitical relations in the 1960s.

Kobzon visited Hemeimeem along with the Russian cosmonaut Valentina Tereshkova last Sunday, touring the base and warplanes there.

The singer’s visit places a number of question marks around the extent of the Syrian government’s control over this spot of land, as it is known that 48 Palestinians have been prevented from entering Syria on the pretext that they have an Israeli stamp in their passports.

Kobzon previously said that his son Andrey and his grandson Michael are Israeli citizens, and he did not enter the base through the border crossings which are under Assad’s control, but landed directly by plane at the Russian base.