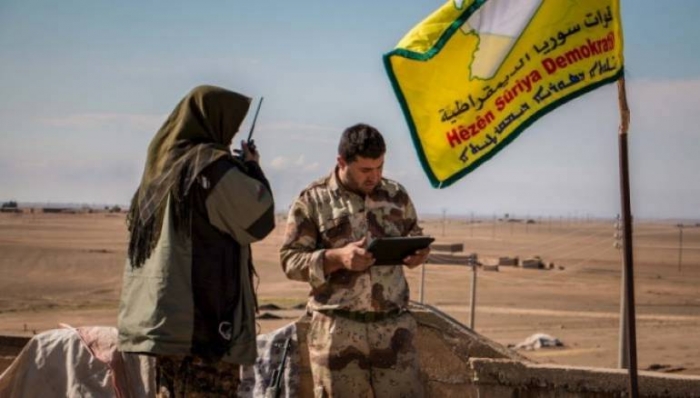 Earlier this week, three people from the same family were killed and many others wounded when a road mine reportedly planted by Kurdish forces exploded in the village of Hafayer near Hassakeh.

More civilians were killed in a similar incidence in Shadadi town while members of YPG-led Syrian Democratic Forces (SDF) collected explosives and mines from buildings and detonated them, causing heavy damage.

The YPG announced the names of four fighters who died in fighting with the Islamic State group in Shadadi. A relative of slain fighter Fayez Ismael, killed on the Kantari battlefield, said the Kurdish forces refused to hand his body over to his family, adding that he was buried in Ras al-Ain.

The relative explained that since late 2014, Kurdish patrols have demanded local families send their children to brief training courses before being sent to fight ISIS on the frontlines.

According to sources, two men were also killed under torture in prisons of the Kurdish self-administration. One of the men, “Mustaf al-Hassan,” was arrested in March 2014, and died following trial two months ago. Hassan’s family was told his death was related to a heart attack.

Another man, Ima Mohamed Mowais, 32, died early February after a year and a half of imprisonment.

In a related context, residents from the villages of Ghora, Hazimiyah, Sayyed Hassan, Salmo, Aazo and Sabia-zilam in Jabal Abdul Aziz have protested against the self-administration’s decision to prevent them from returning to their homes after they were seized by militants for use as fighting bases.