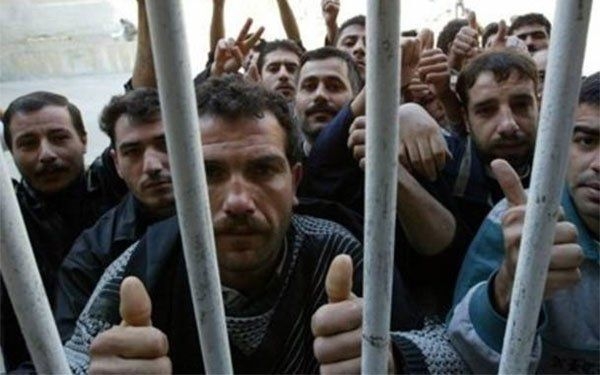 The Syrian National Coalition has called for the immediate release of detainees from regime prisons in line with UN resolutions and the current “cessation of hostilities” agreement, adding that the move will increase the chances of reaching a political solution in Syria.

At a meeting with representatives of the Friends of Syria Group on Wednesday, members of the Coalition’s political committee stressed the need for the immediate release of detainees, especially women and children, before the resumption of talks in Geneva scheduled for next week.

A report by the UN Commission of Inquiry released on February 8 said that the death of thousands of detainees in the regime's prisons amounts to “genocide” and “crimes against humanity.” The report points to the need for referring perpetrators of these crimes to the International Criminal Court.

The meeting discussed procedures that need to be taken by the UN to stop the regime’s violations of the truce agreement. Members of the political committee pointed out the fact that the Assad regime seeks to cause the truce to collapse in order to disrupt the political process and the forthcoming negotiations in Geneva.

The meeting also discussed the latest political and field developments, while members of the political committee emphasized the need for the immediate delivery of humanitarian aid to the district of Daraya in the Damascus countryside as no aid has so far been allowed into the besieged district.