Having endured crippling air strikes and brutal ISIS-control for most of the past year, residents say the latest insult to the ancient desert city is international neglect 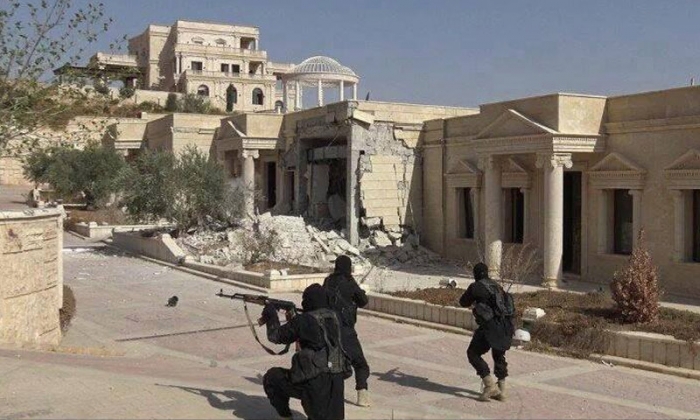 Only 5,000 citizens remain in one of the biggest cities of the Homs countryside, Palmyra, following the displacement of most of its people after the Islamic State group seized control of the area 10 months ago.

Nasser al-Thaer, member of the revolution coordination committee in Palmyra, said that the revolutionary media was “oblivious” to what was happening in Palmyra, the daily killing and gradual displacement of 97 percent of its residents after the Islamic State took control.

Thaer told Enab Baladi that the number of residents of Palmyra before the Islamic State group seized the town was about 170,000 people, adding that 50,000 of them have since fled, but most of them have been displaced: a large number toward Raqqa and the Deir-ez-Zor countryside, and others to Turkey and areas controlled by the regime.

The coordination committee records the daily bombardment and civilian victims in the city. Thaer said that “since the start of this month, only six martyrs have fallen, because of the absence of civilians in the districts, while warplanes have carried out 20 air raids daily on civilian homes.”

Minor damage has also been inflicted on the ancient city from the southern side adjacent to the Basateen area, which was hit practically daily by cluster bombs, according to Thaer.

At the beginning of the year, the committee launched the “Palmyra Monitor” website, which aims to shine light on Palmyra, which has been “forgotten” on all local, Arab and global levels, and to further publicize it, counter media dispersion, and publish items related to the city from all angles, according to Thaer.

The media activist said the situation on the ground in the city was the worst in years, saying: “No schools are working, and no hospitals except for one field hospital… Palmyra is without electricity or telecoms. The water comes through primitive wells, while the internet is prohibited by ISIS.”

Thaer criticized the “absence” of revolutionary media reports about the events in Palmyra, and said “the revolutionary media is documenting violations of the truces in the areas the truce covers, and has abandoned the areas which ISIS controls, as if the civilians were the ones who chose the group to rule it, and has left room for the Russians and the regime to single out areas like Palmyra and others by air and land.”