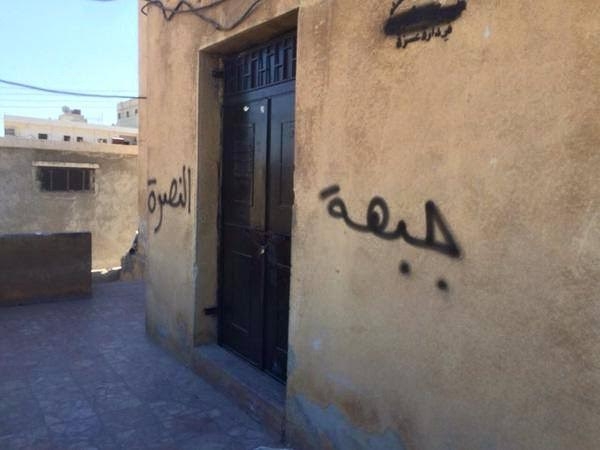 Nusra Front’s attacks on rebels in Syria, most recently a Free Syrian Army (FSA) faction, are an attempt to “root out” moderate opposition groups who refuse to take a clear political position, an opposition military source has revealed.

The source in the Idleb countryside (who declined to be named) told Al-Hal Al-Souri: “The Nusra Front does as it sees fit while ignoring the factions of the FSA, and is actually trying to root them out entirely. Today it's Division 13 and tomorrow it will be the rest of the factions — to the complete approval of the factions within the Islamist movements.”

The source said that Nusra “will not stop until it has destroyed the projects of the FSA everywhere. Yesterday it nearly eradicated a faction of Division 13, and it will try to eradicate the rest in order to destroy any national force."

He said: “There is clearly a conflict of interests between the supporting countries, mostly on the ground, since no faction loyal to the FSA gave the Division support.”

Regarding the future of the FSA factions in the area, the source said that the Nusra Front “took what weapons it needed for the short term, and it will destroy another FSA faction under another pretext, like the one it fought the Division under. Not enough factions, and the FSA especially, have taken a clear position on Nusra to keep them within their borders, and so their days have become numbered.”

It should be noted that the Nusra Front had attacked a number of FSA factions and confiscated their weapons, including the Hazm Movement and the Syrian Revolutionaries Front, and finally Division 13.