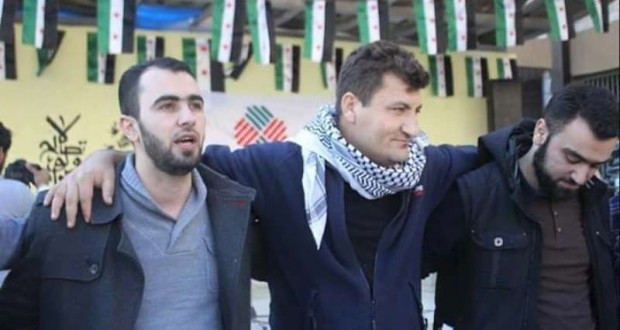 Unknown men late Saturday kidnapped the poet Ahmed Raslan, a staff member at Radio Fresh, at the western entrance to the city of Khan Sheikhoun in the Idleb countryside.

Ayham Asteef from the Fresh team told Madar al-Youm: “I received a message on WhatsApp at 12:30 at night from Raslan’s brother, telling me that (Raslan) had been kidnapped by masked men while returning home in the city of Khan Sheikhoun.”

Asteef said that the radio administration was contacting a number of groups in order to help find Raslan, and to identify the kidnappers and the group behind them.

Media activist Othman al-Khani said on his Facebook page that four masked men carrying light weapons kidnapped Raslan at the western entrance of the city, and that they were driving a red Range Rover.

Al-Qaeda’s Nusra Front has previously carried out acts of aggression against Radio Fresh in the town of Kafranbel, seizing some of their equipment under the pretext the radio station was broadcasting “blasphemous music.” The group arrested activists Raed al-Faris and Hadi al-Abdallah, releasing them after a day.