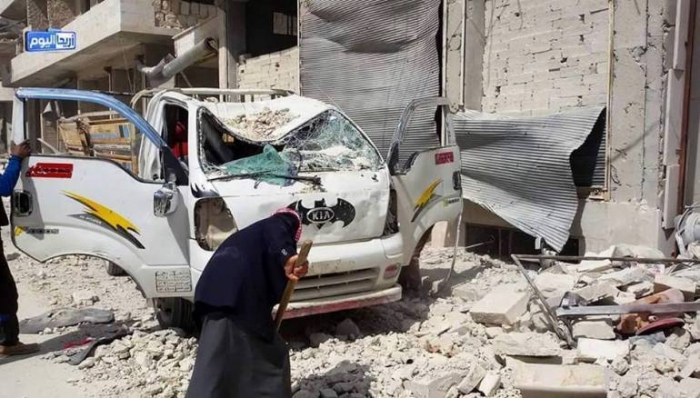 A student was killed when an air strike hit a school in Kastan village near Jisr al-Shughour, while six people, including three women, were wounded in air strikes on Airha town controlled by the Army of Conquest rebel group.

The Syrian army also targeted the towns of Najiya and Bdama with barrel bombs. No casualties have been reported.

In the neighboring province of Aleppo, rebels thwarted an attack launched by the US-backed Syrian Democratic Forces (SDF) in the northern countryside on Tuesday, killing 10 fighters and destroying a tank, opposition sources said.

The Democratic Forces, an alliance of Kurdish and Arab factions, made rapid advances near the Turkish border last month before the US-Russian brokered 'cessation of hostilities' deal went into effect in February.

The SDF slowed its attacks near the Turkish borders after Ankara threatened to intervene in Syria to uproot any threat to Turkey’s national security.

Also in Aleppo, regime forces based in Nubul and Zahraa have pounded the towns of Anadan, Hayyan and Bayanon with heavy artillery as skirmishes erupted in Tamoura village and near Aleppo’s citadel.